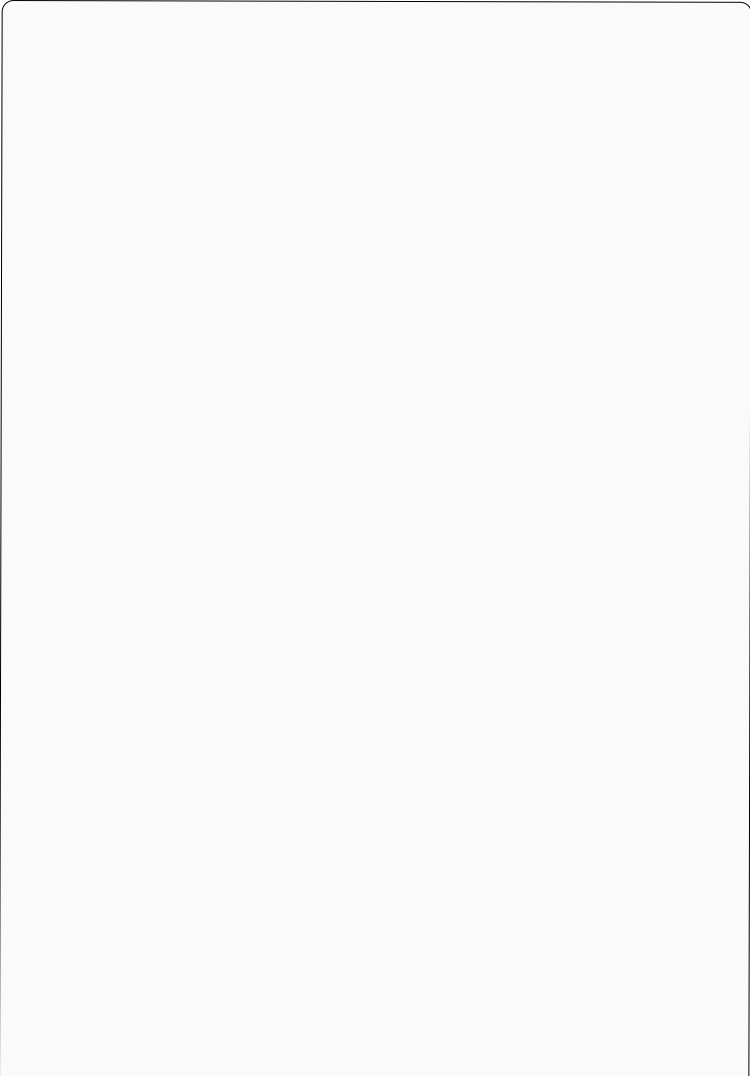 Jehovah is the Almighty living God, the Father, and this one and only God has a voice, "and you said, Behold, Jehovah your God has revealed His glory and His greatness to us, and we have heard His voice out of the midst of the fire; we have seen today that God speaks to man, and he lives. Now then why should we die? For this great fire will consume us. If we hear the voice of Jehovah your God any more, then we shall die." (Deuteronomy 5:24,25). The ones speaking were the Israelites after hearing the Ten Commandments spoken by the voice of their God. He wanted His people to learn to fear Him so they would keep His commands. This was from the account at Mount Sinai in Exodus, "And God spoke these words, saying, I am Jehovah your God, who has brought you out from the land of Egypt, from the house of bondage." (Exodus 20:1,2). Could there be any question that God Almighty speaks to man directly with a voice? But Solomon adds more, "And he said, Blessed be Jehovah, God of Israel, who spoke by His mouth with my father David, and by His hand has fulfilled it, saying," (I Kings 8:15).

God's voice was first heard by Adam, "And they heard the sound of Jehovah God walking up and down in the garden at the breeze of the day. And the man and his wife hid themselves from the face of Jehovah God in the middle of the trees of the garden. And Jehovah God called to the man and said to him, "Where are you?" (Genesis 3:8,9). Abraham, Moses and the Israelites, Job and his friends, David, Solomon and a few others heard God's voice but to others He sent an angel to speak His words, "And the Angel of Jehovah returned a second time and touched him and said, Get up, eat for the way is too great for you." (I Kings 19:7). Other times an angel just supplied an image, but Jehovah Himself, spoke, "And Gideon saw that He was the Angel of Jehovah. And Gideon said, Alas, Lord Jehovah! Because I have seen the Angel of Jehovah face to face! And Jehovah said to him, Peace to you, fear not. You shall not die." (Judges 6:22). "And the Angel of Jehovah appeared to him in a flame of fire in the middle of the thorn bush..." (Exodus 3:2). Then God Himself spoke, "And Jehovah saw that he turned aside to see, and God called to him from the midst of the thorn bush, and said, Moses! Moses! And he said, I am here." (Exodus 3:4) and in verse 6 the voice distinguished Himself further, "And He said, I am the God of your fathers, the God of Abraham, the God of Isaac, and the God of Jacob. And Moses hid his face, for he feared to look upon God." (Exodus 3:6). This was, without a doubt the voice of Jehovah God because there is only one God and He is the God whose name is "Jehovah" and there is only one named Jehovah, "Hear, O Israel, Jehovah our God is one Jehovah." (Deuteronomy 6:4).

The angels of Jehovah appeared in the Old Testament only, whom most consider the Angel to be Michael (Jesus) because "angel" in some cases are capitalized, but this was a decision made by the translator, a man. Some "angels of Jehovah" are not capitalized to indicate these are not a divine angel, only messengers of God. In the Hebrew text there is no distinction as to capitalization, all "angels" in the Hebrew are Strong's #4397, but 2 in Daniel that are #4398, corresp. to 4397; an angel: - angel Although #4397 is more extensive with several meanings including, messenger and angel.

God Jehovah used His voice and spoke both in the Old Testaments and also in the New Testament, "And behold! A voice out of Heaven, saying, This is My Son, the Beloved, in whom I have found delight." (Matthew 3:17), "While he was yet speaking, behold, a radiant cloud overshadowed them. And behold, a voice out of the cloud saying, This is My Son, the Beloved, in whom I delight, hear Him." (Matthew 17:5) and "Father glorify Your name. Then a voice came out of heaven: I both glorify it, and again I will glorify it." (John 12:28). God surely uses His voice, and when He chooses not to, He sends an angel, whether it is Jesus or a created angel from Heaven is not Biblically distinguished, either way. The opinions of men have determined if the "angel" is Jesus or not, and this cannot be trusted as accurate. It could be that none were the Son of God, with one exception, when Jesus spoke with Paul on the road to Damascus, but Christ wasn't at that time represented as an "Angel", but Christ Himself.

Below is a list of other times God Jehovah spoke with His voice:

"And when Abram was ninety-nine years old, Jehovah appeared to Abram and     said to him, I am the Almighty God! Walk before Me and be perfect."     (Genesis 17:1)

"And Moses went up to God. And Jehovah called to him from the mountain     saying, You shall say this to the house of Jacob, and tell it to the sons of     Israel." (Exodus 19:3)

"And now if you will surely listen to My voice, and will keep My covenant, you     will become a special treasure to Me above all the nations, for all the earth is     Mine."

"And Jehovah said to Moses, Behold, I come to you in a darkness of clouds so     the people may hear My speaking with you and, and in you they may believe     forever. And Moses told the words of the people to Jehovah." (Exodus 19:9)

"And Jehovah said to Moses. You shall say this to the sons of Israel: You have seen that

"All that were numbered of the Levites, whom Moses and Aaron numbered at     the mouth of Jehovah by their families..." (Numbers 3:39)

"And so when the cloud was a number of days over the tabernacle, by the     mouth of

"And when Moses went into the tent of the congregation to speak with Him, he     heard the voice speaking to him from the mercy-seat, which is on the ark of     the testament from between the two cherubs and He spoke to him."     (Numbers 7:89)

"And Jehovah spoke to you out of the midst of the fire; you heard the sound of     words, but you did not see a form, only a voice." (Deuteronomy 4:12)

"Has a people heard the voice of God speaking from the midst of the fire, as     you have heard and lived?" (Deuteronomy 4:33)

"To you it was revealed, so that you might know that Jehovah is God and no     one else besides Him. He made you hear His voice out of the heavens, that     He might discipline you; and He made you to see His great fire on earth; and     you heard His word from the midst of the fire." (Deuteronomy 4:35,36)

"Jehovah talked to you face to face in the mountain out of the midst of the fire."

"Jehovah spoke these words to all the assembly, on the mount, out of the midst     of fire of the cloud, and out of the thick darkness with a great voice. And He     added no more; and He wrote them on two tablets of stone..." (Deuteronomy     5:22)

"and you said, behold, Jehovah your God has revealed His glory and His     greatness to us, and we have heard His voice out of the midst of the fire; we     have seen today that God speaks with man, and he lives.id glory"     (Deuteronomy 5:24)

"and Jehovah gave to me the two tablets of stone written with the finger of God,     and on them was written according to all the words which Jehovah spoke     with you in the mountain, out of the midst of the fire, in the day of the     assembly." (Deut. 9:10)

"Therefore Levi has no portion nor inheritance according as Jehovah your God     spoke to him." (Deuteronomy 10:9)

"And all these blessings shall come on you and overtake you, if you will listen to     the voice of Jehovah your God." (Deuteronomy 28:2)

"And it shall be, if you will not listen to the voice of your God, to take heed to do     all His commandments and His statutes which I am commanding you today,     that all these curses shall come on you and overtake you." (Deuteronomy     2:15 and 45)

"And you shall be left few in number, where as you were as the stars of the     heavens for multitude, because you would not obey the voice of Jehovah     your God." (Deut. 2:62)

"For the sons of Israel walked forty years in the wilderness, until all the nation,     the men of war had come out of Egypt, who did not listen to the voice of     Jehovah, to whom Jehovah had sworn to them not to show them the land..."     (Joshua 5:6)

"And the anger of Jehovah glowed against Israel. And He said, Because this     nation has transgressed My covenant which I commanded their father and     has not listened to My voice." (Judges 2:20)

"But if you will not listen to the voice of Jehovah, and you rebel against the     mouth of Jehovah, then the hand of Jehovah shall be against you and your     fathers." (I Samuel 12:15)

"Jehovah thundered from the heavens, and the most high gave forth His voice."

"who have kept for Your servant David, my father, that which you spoke to him;     yea, You spoke with Your mouth, and with Your hand have fulfilled it as it is     today." (I Kings 8:24)

"Through Jehovah's words the heavens were made; and all the host by the     breath of His mouth." (Psalm 33:6)

"Yes, he wept and pleaded with Him, and he contended with the Angel and     overcame. He found us in Bethel and He spoke with us, even Jehovah the     God of host. Jehovah is his memorial." (Hosea 12:4,5).